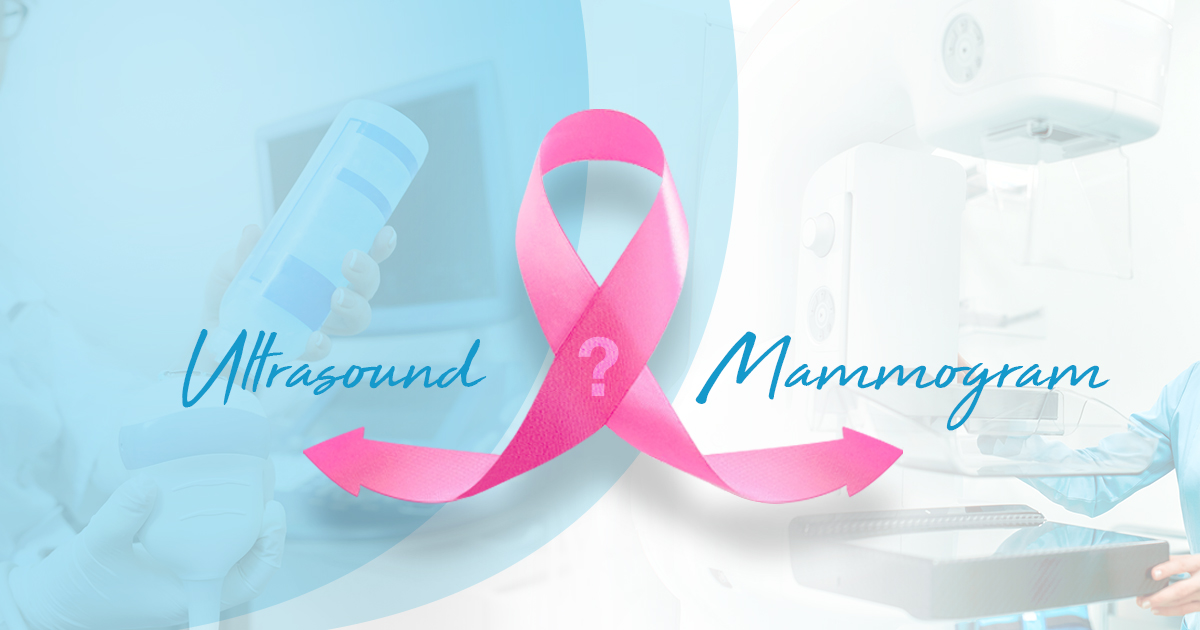 Question: Lately, I’ve been seeing a lot of ads online promoting breast ultrasound as an alternative to mammography. Is it true that I can have a breast ultrasound instead of a mammogram and still get accurate results?

The general answer to this question is no.

According to Dr. Jason McKellop, Medical Director at Breastlink Tarzana, as well as a board-certified radiologist with fellowship training in breast imaging, breast ultrasound, although a powerful imaging utility, is a supplement and not a substitute for mammography screening.

“There are findings seen on mammogram that are either less visible or not seen on ultrasound,” Dr. McKellop explains. “Microcalcifications, generally speaking, are virtually invisible on sonography.”

When is breast ultrasound useful?

Breast ultrasound uses sound waves and the echoes from these waves to make computer images of the inside of the breast. Ultrasound is helpful in distinguishing fluid-filled structures like cysts from non-fluid containing structures like soft tissue masses.

Women who have dense breast tissue will often have a supplementary breast ultrasound exam (following a mammogram), as suspicious areas might be harder to identify on mammograms.

Ultrasound is also often used to help guide a biopsy needle into an area of the breast where cells need to be taken out and tested for cancer. This procedure is called an “ultrasound-guided breast biopsy.”

In all of these cases however, the ultrasound exam does not replace a mammogram but rather, is used as a supplemental screening tool.

How does a mammogram work?

There are two different kinds of mammograms: a screening mammogram and a diagnostic mammogram.

A screening mammogram is used to look for signs of breast cancer in women who do not have any breast symptoms or problems. Using low-dose x-ray, the mammogram takes pictures of each breast for the radiologist to then read and analyze.

The ultimate goal of any mammogram exam is to detect early breast cancer, when it’s easiest to treat successfully.

The mammogram works by compressing the breasts for a few seconds so that the images can be taken. Many women are worried that this will be painful, but the process is very quick. Breast compression is necessary to flatten and spread the tissue so that any abnormalities are not obscured and the breast radiologist will have the clearest image possible.

Is the radiation from a mammogram harmful?

Mammograms expose the breasts to small amounts of radiation. According to the American Cancer Society, “the benefits of mammography outweigh any possible harm from the radiation exposure.” In fact, the dose of radiation that is used for a screening mammogram is about the same amount of radiation a woman normally gets from her natural surroundings over the course of about 7 weeks!

Based on several studies, the National Cancer Institute asserts that screening mammography can help reduce deaths from breast cancer among women ages 40 to 74, who are at average risk of breast cancer.

“Screening mammography on an annual basis has demonstrated up to a 30% reduction in breast cancer related mortality in the most robust, controlled clinical trials,” he explains.  “For this reason it remains the standard of care for breast cancer screening.”