How Do Single-Gene & Multi-Gene Tests Compare?

The landscape of testing for hereditary cancer predisposition genes has been in rapid evolution. Recently developed tests can evaluate up to 43 genetic mutations associated with increased risk for a variety of cancers including breast cancer. Using data collected from our clinics, my Breastlink colleagues and I have analyzed how safe and effective these newer multi-gene tests are in comparison to previous methods of genetic testing.

The Development of Multi-Gene Tests for Breast Cancer Risk

Among patients receiving limited-gene tests, 4% tested positive for BRCA1/2 pathogenic mutations (mutations known to increase risk of breast cancer). Among patients receiving multi-gene tests, 3.6% tested positive for BRCA1/2. On a multivariate analysis, controlling for patient variables and family characteristics of cancer history, there was no significant difference in the rate of detecting a BRCA1/2 mutation between the group of patients undergoing limited BRCA1/2 testing alone to those receiving a multi-gene panel test. 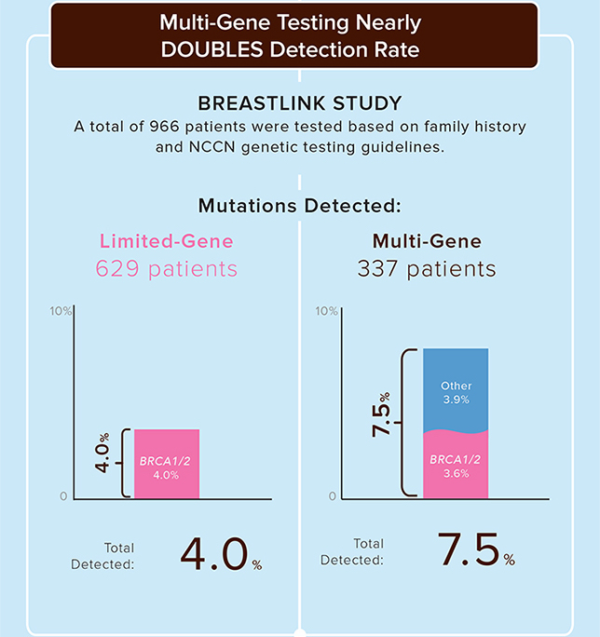 An additional 13.6% of patients in the multi-gene group received results showing non-BRCA1/2 variants of uncertain significance (VUS). VUS indicates a change in the DNA sequence that is not fully understood. The overwhelming majority of VUSs will turn out to be benign, and not show any correlation to cancer risk nor impact any treatment decisions. Until we do more testing of these less-known genes, however, we will see a higher rate of VUSs with multi-gene testing. There was no significant difference in the detection of BRCA1/2 VUSs between the two groups.

These results suggest multi-gene testing is as effective in the detection of BRCA1/2 genetic mutations as limited-gene testing. 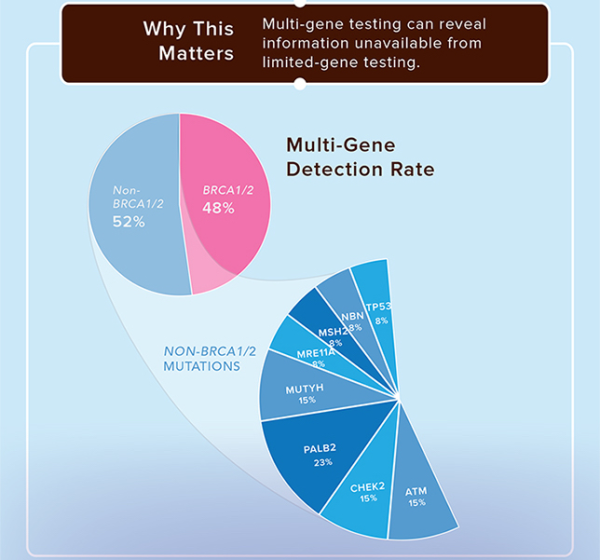 What Do These Results Mean?

While there have been concerns about the accuracy of multi-gene tests, these results help to address some of this confusion. Women considering genetic testing for breast cancer risk can benefit from more timely and efficient genetic testing. Results from multi-gene tests can help women with both BRCA1/2 and non-BRCA1/2 genetic mutations to take preventive measures. 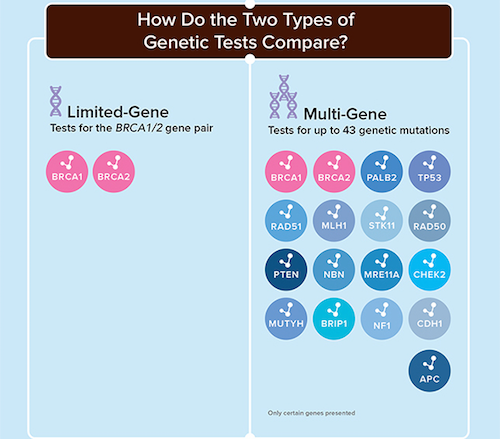 Hereditary and genetic cancers are complex and not fully understood. The medical community is still unsure of the ways certain genetic mutations affect risk and protocols for dealing with these are not yet in place. However, multi-gene testing provides useful clinical information that enhances our knowledge of these cancers. This is a step toward the development of more effective targeted therapies.

Doctors are the gatekeepers to genetic testing. We have an obligation to help patients understand genetic risk and how testing can guide decisions about their health. At Breastlink, we can help you to better understand personal risk factors, whether genetic testing is appropriate and how to proceed depending on your results.