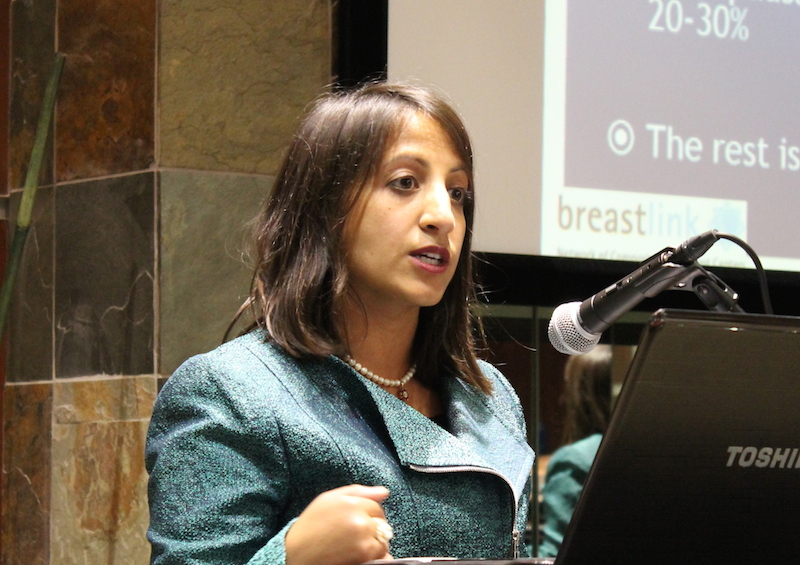 The Importance of Informing Women About Dense Breast Tissue

Across the country, more and more women will be informed when mammography reveals dense breast tissue – and that’s a good thing.

Rhode Island recently joined California and 16 other states with the passage of a breast density inform law requiring radiologists to inform women when screening mammography reveals dense breast tissue. It has been a little more than one year since California’s own breast density inform law went into effect and it is worth taking a moment to remember why it is important to make women aware if they have dense breast tissue.

Nancy Cappello, Ph.D., is a breast cancer survivor and early advocate of breast density inform laws. She had received regular screening mammograms for about a decade and none revealed cancer. Radiologists noted in Dr. Cappello’s mammogram reports that she had dense breast tissue, but none declared that her dense breast tissue might make mammography less reliable.

When Dr. Cappello’s physician detected a ridge during a physical examination, he ordered a mammogram and a breast ultrasound on the same day. The mammogram returned no signs of cancer, but the ultrasound detected a tumor the size of a quarter. Dr. Cappello was diagnosed with breast cancer, which had spread to her lymph nodes.

We can only imagine Dr. Cappello’s frustration when she learned that dense breast tissue can reduce mammographic accuracy. “Why don’t you routinely tell women this?” she asked her gynecologist, according to a 2012 Wall Street Journal article.

Why does breast density matter?

Researchers from the Campbell Family Institute for Cancer Research in Toronto collected breast screening data on 1,112 patients to investigate the relationship between breast density and breast cancer risk. According to results published January 2007 in New England Journal of Medicine, they found that women whose mammograms revealed density in more than 75 percent of their breasts were approximately 4.5 times more likely to be diagnosed with cancer than women whose mammograms revealed density in less than 10 percent of their breasts.

What can women with dense breasts do?

In California, if mammography reveals dense breast tissue, you will receive a notice that reads:

“This information about the results of your mammogram is given to you to raise your awareness and to inform your conversations with your doctor. Together, you can decide which screening options are right for you.”

The bottom line is that we do not recommend screening mammography alone in women with dense breasts and extremely dense breast tissue, and we need to work harder to make them aware of what’s out there.