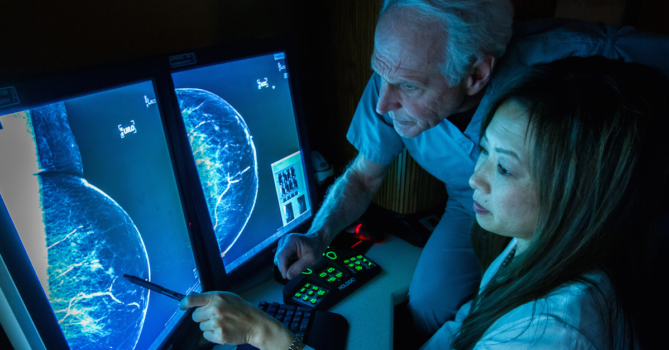 Informing Women About the Benefits of a Mammogram Exam

Despite large-scale campaigns to publicize the importance of breast cancer screening, a lot of faulty information regarding the mammogram exam is still being delivered to patients and sometimes interpreted as fact.

To gauge where gaps in knowledge about breast cancer screening are most commonly occurring, the Working Mother Research Institute recently surveyed more than 2,500 women aged 35 and older to see what they know. While the results contain good news, there are areas where physicians can better educate their patients.

Most Women Have Been Screened

Why Some Women Don’t Get Screened

Of those reporting that they had not gotten around to receiving a mammogram: 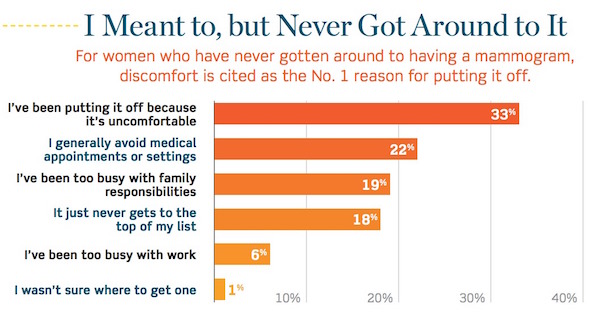 Of those reporting that they believed mammograms were unnecessary: 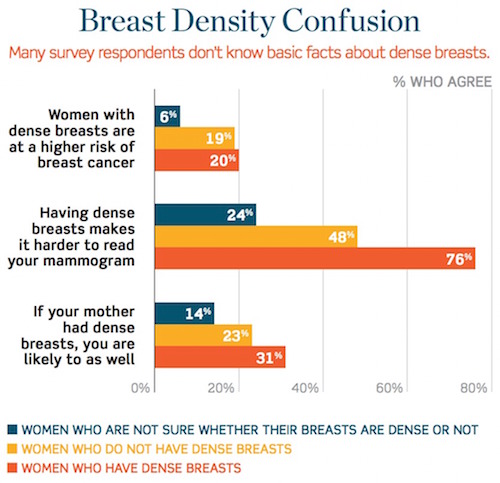 This survey can help physicians identify areas where they can improve mammogram information that patients receive. For instance, physicians can:

At Breastlink, our multidisciplinary approach to breast health care allows shared decision making between our patients and our physicians and also between physicians from different specialties of breast health.

To aid in the improvement of health outcomes among our patients and in our communities, we are committed to helping patients and physicians navigate an abundance of information on breast health. If you have questions about screening mammography or breast density, please get in touch with a member of our team.