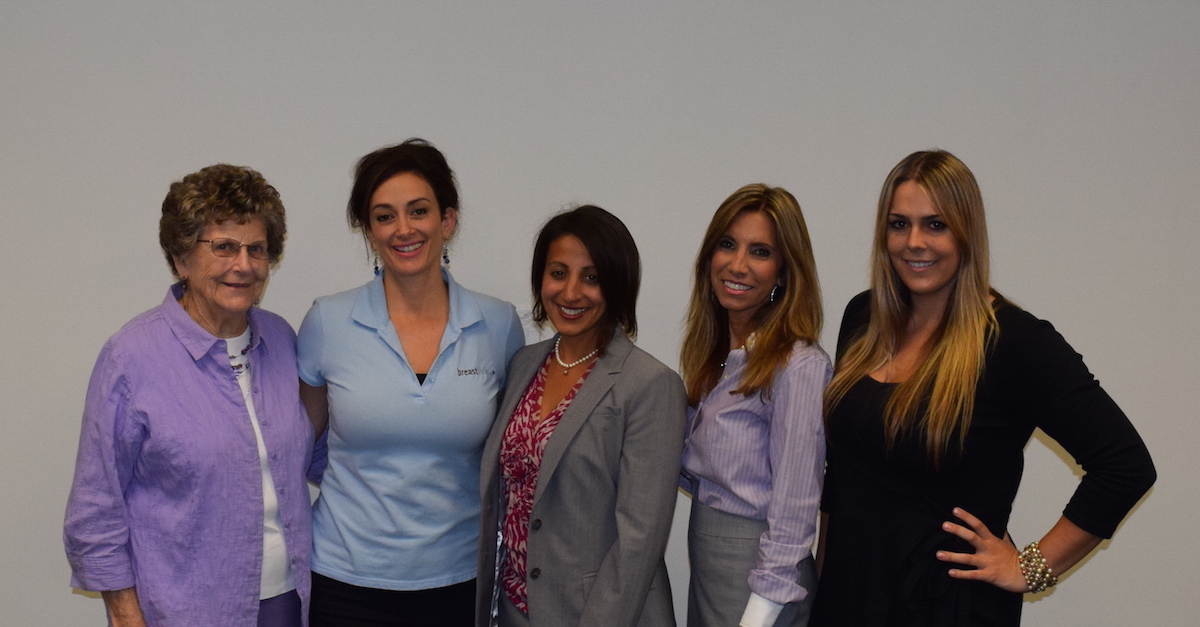 Our understanding of breast cancer is rapidly advancing. Breast cancer is not a single disease entity, but a heterogeneous disease spectrum with numerous genetic alterations involved in its pathogenesis.

The BRCA genes were the first to shed light on familial breast cancer genetics. Now we are capable of screening over a dozen different genes for mutations implicated in breast cancer risk. Navigating these new complexities in genetic testing can be challenging. It will be important for all physicians to become more familiar with this expanding area of medicine.

It is the 20-year anniversary since the first BRCA gene mutation was identified. By the mid-2000s, enough data had been collected for the National Comprehensive Cancer Network (NCCN) to issue guidelines on genetic testing. Most insurance plans began to offer some sort of coverage for genetic testing by 2010. In the short time since, genetic testing has become much more widespread and tests have advanced to identify numerous genetic mutations linked to breast cancer.

Two of the most well-known genes associated with increased risk for developing breast cancer are BRCA1 and BRCA2. Between 15-20 percent of all breast cancers are familial, with BRCA1 and BRCA2 responsible for approximately half of these familial cancers. These genes have been well described and there are established guidelines for their management.

However, there are numerous other genes also known to increase risk for breast cancer. The most updated NCCN guidelines now recommend considering multi-gene testing over single gene testing. Some of these genes, in addition to the BRCA genes, include:

Initially, there was not much choice when it came to testing for genes associated with increased risk for developing breast cancer. However, there are several factors at play today when physicians identify patients who may benefit from genetic testing.

Numerous sequencing panels exist for testing of breast cancer genes, including single gene tests and multi-gene panels. Single gene tests may not reveal the presence of certain genes associated with increased risk for breast cancer, but are straightforward with clear guidelines for management. Multi-gene panels cast a wider net, concurrently testing for multiple genes, but results can include variants of unknown significance and be more difficult to manage.

There are also variables when it comes to choosing a laboratory for the analysis of genes. These include a patient’s insurance status and cost-effectiveness, turn-around time, ease-of-use services and patient tolerance for uncertain answers. For instance, a quick turn-around time may be necessary to inform decisions about surgery.

Breastlink began to offer multi-gene testing in 2013. Through a high-risk program, physicians working with Breastlink identify patients at high risk for developing breast cancer, a member of the Breastlink medical staff provides a consultation and coordinates genetic testing if necessary, and the physician uses results to inform a management plan.

From July 2013 to September 2014, Breastlink collected data on the multi-gene panel testing results of 398 patients referred to Breastlink through the high-risk program. Of these, 83 percent had negative results while 6 percent tested positive for a gene associated with increased risk for developing breast cancer. In the 23 patients with mutations, a mutation in a non-BRCA1/BRCA2 gene was identified in 10 patients, or 43 percent. In other words, multi-gene testing increased diagnostic yield by 77 percent.

As knowledge of the relationship between genetics and breast cancer grows, multi-gene testing will likely prove beneficial. It offers efficient sequencing of multiple genes and helps clinicians to better understand the true nature of individual cancers.

Physicians must learn how to talk with patients about genetic testing without limiting discussions to BRCA genes. A better understanding of the relationship between genetics and breast cancer risk will help women to make informed decisions about testing. Also, by identifying patients who are mutation carriers, we can counsel patients on individual risk management options, identify family members who can also be screened and contribute to our understanding of cancer biology.

Once a patient is diagnosed with a mutation related to an increased cancer risk, they should be given adequate counseling on management options. Ideally, early involvement of a genetic counselor is a good idea. At the same time, all physicians should be aware of options and how to generally guide patients. Some gene mutations, such as those in the BRCA1 gene for example, will lend to an increased risk of multiple types of cancer including breast, ovarian, melanoma, and even pancreas cancer.

Not all gene carriers will necessarily develop cancer and each patient will have an individualized risk based on their personal and family history. There are on-line tools and algorithms such as brcatool.stanford.edu that can help guide individuals with gene mutations on their risk of developing breast or ovarian cancer and dying from cancer depending on how and when they choose particular interventions.

For example, a 35 year-old woman with a BRCA1 mutation who chooses to have a prophylactic oophorectomy by age 35 and will have a 30 percent risk of developing breast cancer by age 70 compared to a similar woman who does not remove her ovaries with a 50 percent risk of breast cancer. This decrease of breast cancer risk by 20 percent with a prophylactic oophorectomy can be helpful to young women deciding on how to best manage their high risk state.

While preventive surgery is an option for women at high risk, alternatives include high risk screening with MRI or medical prophylaxis. Fortunately, because of advances in surgical technique, many women who choose to have prophylactic mastectomy will be able to undergo nipple-sparing mastectomy with some form of immediate reconstruction. This type of surgery offers superior cosmetic outcome and is ideal for the appropriate candidate.