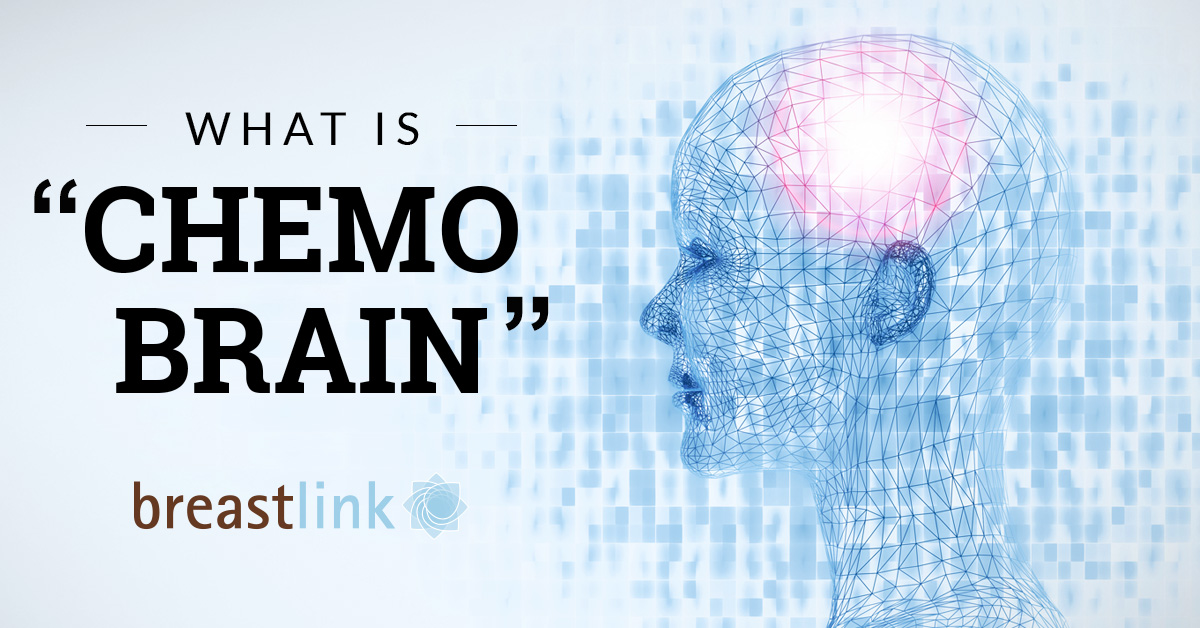 What is “Chemo Brain”?

“Chemo brain” is a side effect of cancer treatment. It mostly affects patients who receive chemotherapy, but it can affect other cancer patients as well. Patients describe it as a “fog” that makes it hard to think clearly. Fortunately, “chemo brain” only affects patients while they’re being treated for cancer. Symptoms appear when treatment starts and fades after it’s finished. Though sometimes these symptoms can linger for several months or several years following treatment, most patients make a full recovery and suffer no or very minimal long-term side effects.

What are the Symptoms of “Chemo Brain?”

“Chemo brain” impairs your ability to think. Some of the most common symptoms are:

Symptoms of “chemo brain” are often mild, so mild that family and friends don’t realize there’s a problem. Patients should monitor their condition while receiving cancer treatment. Any symptoms should be reported to your doctor, so you can work together to find a way to cope.

The cause of “chemo brain” is still uncertain. Not every patient who has chemotherapy gets “chemo brain” and not every patient who gets “chemo brain” has chemotherapy. These side effects often arise from hormonal antiestrogen therapy such as Tamoxifen or aromatase inhibitors. Some researchers think cancer therapy may alter or accelerate the brain’s aging process, creating problems that wouldn’t have appeared for several years. Other treatments known to induce cognitive dysfunction are:

Another cause may be the cancer itself. Cancer is a complex disease, with many side effects that could affect your memory, such as:

Cancer patients are under enormous stress, which may also interfere with cognition. They’re also prone to depression, which may interfere as well. Certain types of patients seem to be more at risk than others, patients who:

How Do You Cope with “Chemo Brain?”

“Chemo brain” can be very frustrating. If it’s affecting you, try these techniques, which doctors have shown improve memory and cognition.

There are no drugs specifically designed for “chemo brain,” but drugs designed for other illnesses, like Alzheimer’s and ADHD, may help. If your symptoms become worse, the most important thing is speak up and be an advocate for your own health. Breastlink doctors and nurses are there to help you through every stage of cancer treatment, including “chemo brain.” Tell us what you’re going through and we’ll find a way to help.