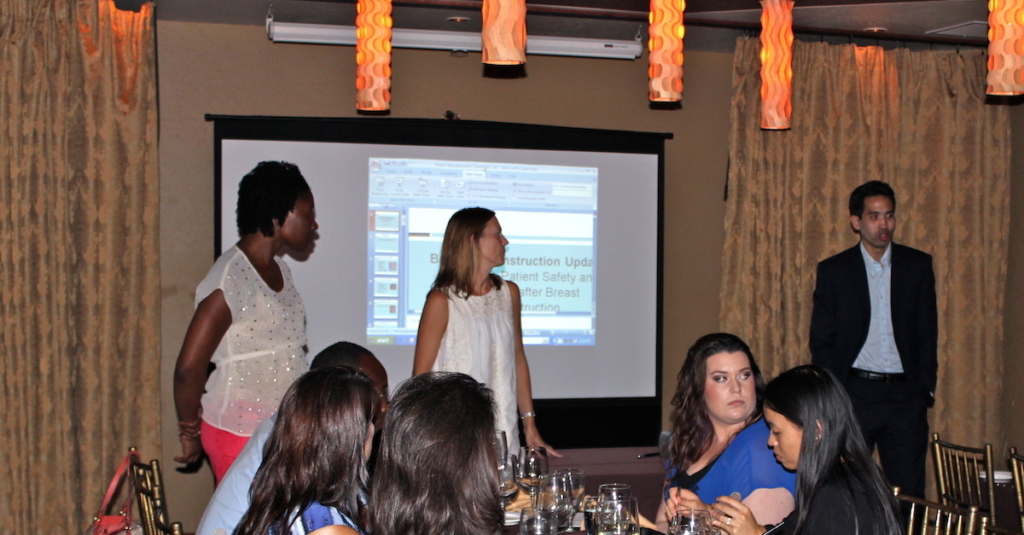 Why Pink for Breast Cancer?

It’s virtually impossible to avoid the blush shade of pink in the month of October when we celebrate National Breast Cancer Awareness Month.

A color long associated with little girls, princesses and all things light and airy is now ubiquitous, standing in as a shade that symbolizes the fight against breast cancer and an awareness of a disease once only spoken of in hushed tones.

But when, how and why did pink become synonymous with breast cancer? Even more intriguing, is how and why the month of October became Breast Cancer Awareness Month?

It’s difficult to believe, given the public outpouring of support for breast cancer awareness and the proliferation of pink, that there was a time not long ago when speaking about the disease was considered taboo.

In the early 1950s The New York Times even refused to publish an advertisement for a breast cancer support group, saying they couldn’t print the words “breast” or “cancer” in the newspaper.

Awareness of the disease began to spread a bit more when Shirley Temple Black announced that she had breast cancer in 1972. Other notable women followed suit, with First Lady Betty Ford discussing her diagnosis and mastectomy in 1974 and Second Lady Margaretta Rockefeller undergoing a double mastectomy two weeks later.

Enter Susan G. Komen. When the 36-year-old was diagnosed with breast cancer there were few resources and support groups for women and treatments were limited. Before she died in 1980, her sister promised her that she would do everything in her power to end breast cancer. Two years later she founded the Susan G. Komen organization.

Tie a Pink Ribbon On It: A Grassroots Beginning

Ribbons prior to their utilization for breast cancer awareness month had more of a simplistic role. Being more decorative.

It wasn’t until 1991, when the Susan G. Komen organization held its annual Race for the Cure when pink first became the shade associated with breast cancer. During the New York City race, participants received pink ribbons.

A year later, SELF Magazine teamed up with Estée Lauder, planning to distribute ribbons as part of the magazine’s second annual breast cancer awareness edition. The team heard about Charlotte Haley, a woman who was handing out peach colored ribbons.

They approached her, hoping to join up but Haley considered their movement too commercial and declined the offer. In order to avoid any sort of conflict, Self and Estée Lauder chose pink as their color and handed out 1.5 million ribbons in the shade.

The first Susan G. Komen Race for the Cure was held in Dallas in 1983, with a total of 800 people participating in the organization’s first race. Today, more than 150 races are held throughout the world, with more than 1.3 million participating.

In 1985, the American Cancer Society partnered with Imperial Chemical Industries (which is now a part of AstraZeneca, a pharmaceutical company that produces breast cancer drugs). Together birthed National Breast Cancer Awareness, with the goal being to promote awareness of the disease and emphasize the importance of early screening. The two entities chose to stage the event in October to coincide with the Komen Race for the Cure.

What began as a weeklong event is now recognized during the entire month of October.

We have come quite a long way since the days when breast cancer was a taboo subject.

Not only do our newscasters, celebrities, politicians and athletes, male and female alike, proudly don pink ribbons during the month of October, but also the campaign has reached far beyond ribbons. Moms, dads, brothers, sisters, grandparents, daughters and sons have embraced the pink fashion. High school sports teams show their support with pink socks and pink headbands. Some are survivors themselves, some are wearing pink for loved ones in their lives and some are simply wearing their support for all those fighting against the disease.

Millions of people spend one of their October days walking or running in the Race for the Cure, just as we do every year with our team from Breastlink.

Pink is no longer simply a color. It symbolizes our fight against breast cancer, raises awareness and money and serves as a reminder of the importance of early screening. So don those pink boxing gloves and step into the ring.